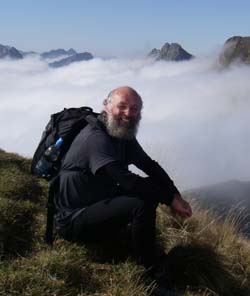 Keith Beven has been at Lancaster University since 1985 where he is currently Emeritus Distinguished Professor of Hydrology (see http://www.lancaster.ac.uk/lec/about-us/people/keith-beven). He has previously worked at the Universities of Leeds and Virginia and the Institute of Hydrology, Wallingford with visiting chairs at the University of California Santa Barbara; EPFL Lausanne, Switzerland; K.U. Leuven, Belgium; and Uppsala University, Sweden, where in 2006/7 he held the King of Sweden’s Guest Professorship in Environmental Research.

He is co-developer of the rainfall-runoff model Topmodel, originator of the GLUE uncertainty estimation methodology (www.glue-uncertainty.org), and is one of most highly cited hydrologists.  His previous books include a text on Rainfall-Runoff Modelling (2nd edition Wiley-Blackwell, 2012), the 4th Edition of Shaw’s Hydrology in Practice (with Rob Lamb and Nick Chappell, Taylor and Frances, 2010) and several other edited volumes.   He was editor of the first volume in the IAHS Press Benchmark Papers in Hydrology series, on Streamflow Generation Processes (2006, see http://www.cig.ensmp.fr/~iahs/Benchmark/BPH001.htm).  He led the risk and uncertainty estimation component of the UK Flood Risk Management Research Consortium which has resulted in a  edited volume (with Jim Hall of Newcastle University) on Applied Uncertainty Estimation in Flood Risk Management (Imperial College Press, 2014).

He also enjoys taking photographs of the natural environment, especially water.   Some of his images can be found at www.mallerstangmagic.co.uk